Richard III: A Q & A with Olivia 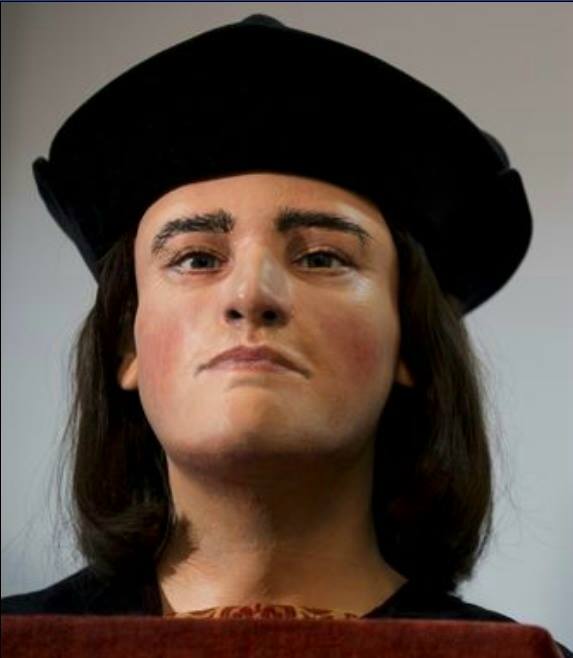 What? But they found his skeleton and that proved it!

👩🏻.  No. The skeleton proved Richard had scoliosis – sideways curvature of the spine. Not kyphosis, which results in a hump. So – no hump, hunch, whatever you want to call it. Probably one shoulder a little higher than the other, but otherwise not particularly noticeable. But his condition would have been debilitating, which makes his achievements in battle all the more impressive.

But why does everyone think–

👩🏻.  We’ll come to that. What else do we know about Richard?

Well, obviously that he murdered his nephews, the Princes in the Tower.

Because he’d usurped the throne and they were a threat, of course.

👩🏻.  His nephews had been declared illegitimate, they had no right to the throne.

Well, Richard would say that, wouldn’t he?

👩🏻.  No, it wasn’t him who said it, it was the bishop who’d married the boys’ father, Edward IV, to his first wife. Not the boys’ mother. A very respectable bishop. Whose claims were investigated and eventually upheld by the dudes in charge, who declared Richard the rightful king and asked him to take the throne. So – Richard’s brother, Edward IV, was probably a bigamist (and a rampant womaniser, but we’ll leave that for now).

But the boys were still a threat to Richard?

👩🏻.  Mostly to Henry Tudor, in fact, who was planning to invade and take the throne from Richard. You see, Henry was betrothed to the Princes’ sister, Elizabeth of York, and this alliance was key to getting the English people on side. This marriage would finally unite the houses of York and Lancaster, and bring an end to the excessively nasty Wars of the Roses, which had been raging for years. England wanted peace, and Henry could offer that … if he married Elizabeth. But a king couldn’t marry a bastard now, could he? So he’d have to legitimise her, and in so doing would also legitimise the boys. And in doing that, he’d be legitimising two princes with a far better claim to the throne than himself.

Oh! But he was in exile in France, how could he have–

So – are you saying Richard didn’t make them disappear?

👩🏻.  Oh no, not at all. He could well have made them disappear – overseas, perhaps. Or maybe to a quiet corner of England that was for York, not Lancaster. For their protection – there were other people with their eye on the throne, not just Henry Tudor. The Duke of Buckingham, for example. The boys were in a perilous position.

But we all know Richard was evil, so he could have just been making sure, right?

👩🏻.  Evil, was he? Have you seen the laws he tried to introduce to benefit the common man? Do you KNOW how much the people of the north, where he’d ruled during his brother’s reign, loved this man?

So why does everyone think he’s evil?

👩🏻.  Have you heard of William Shakespeare?

But he was a great writer! The greatest! He wouldn’t have.

A Tudor. Ah. But … didn’t Thomas More also write about Richard’s evilness? And he was a saint!

👩🏻.  Quite. Tudor propaganda – the fake news of its time.

But why would the Tudors trash Richard’s memory like that? He was dead, he couldn’t harm them.

👩🏻.  There were other Plantagenets. Many thought they had a greater claim to the throne than the Tudors. They were waiting in the wings. Henrys Seven and Eight blackened their name, and mopped them up. Ruthlessly.

So it was a family thing.

So you don’t believe Richard murdered the princes. 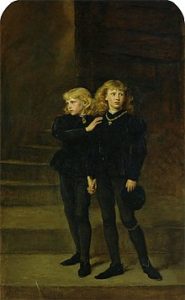