Firstly an apology, for giving my reincarnated Robert Dudley the surname Studley in Sister to Sister. I see you wince. But I couldn’t help it. When I look at those portraits of Elizabeth’s favourite, the love of her life, I see a man a little bit in love with himself. The flamboyant clothes, the pointy beard, that look in his eye. One eminent historian described Lord Robert as a ‘wide boy’. 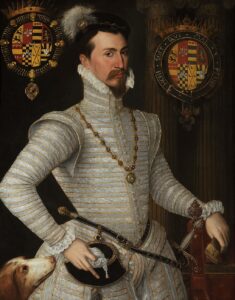 Robert Dudley, Earl of Leicester, painted in about 1564

Those eyes. Historians have described them as ‘twinkly’; historical fiction novelists often refer to them as ‘flashing’. Elizabeth’s nickname for him was ‘eyes’, and she would draw a pair like this ôô on her letters to him. (Did Elizabeth invent emojis?)

But I can’t help liking him. I feel he had quite a sense of humour, and he was good at the things a girl likes – witty, intelligent, excellent horseman, sporty, patron of the arts and exciting expeditions of exploration, and although I’m a little suspicious of his motivation where his queen was concerned, bearing in mind he had a wife tucked away in the country, I think he probably did love Elizabeth.

Here, then, are the facts about Lord Rob: 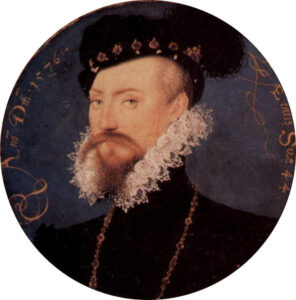 A miniature painting of Robert Dudley, by Nicholas Hilliard. He loved a fine moustache!

The Death of Amy Robsart, as imagined by William Frederick Yeames, 1877 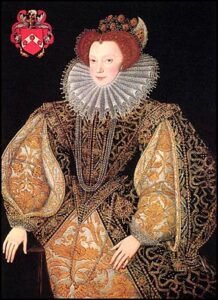